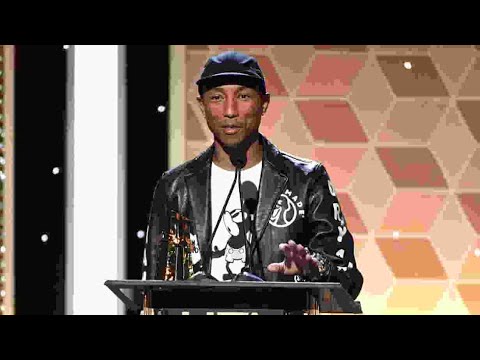 First, a recap of this story, in brief. In April of this year, an unknown person reached out to me to encourage me to enroll Zennie62Media, Inc., in something called “The Black Ambition Prize” and founded by the Hollywood musical genius Pharrell. The person who emailed me left me impression the effort was for black startup entrepreneurs who were graduates of Historically Black Colleges and Universities, or “HBCUs”. That said, I went back over my contact emails, and found the inititial communication from April 25th:

I’m Lorena from the startup research team at YouNoodle, and we are working with The Black Ambition Prize to find motivated, inventive and community-driven founders to join the program. Based on our research, we think that you would be a good fit! Black Ambition was founded by visionary recording artist Pharrell Williams in 2020 to empower Black and Latinx innovators and communities to excel, uninterrupted. The Black Ambition Prize funds Black and Latinx entrepreneurs building startups in consumer products and services, media and entertainment, healthcare, technology, and Web 3.0 ventures. Winners are eligible to win up to $1M, as well as mentorship, access to the Black Ambition Network, and resources essential to growing as an entrepreneur.

Thinking that it was for “HBCUs” and based on Black Ambition’s website explanations, I did not respond.

Then, on May 17th, one of the Black Ambition people (apparently not Lorena this time), sent this email:

Greetings from Black Ambition,
We are excited to share good news – Black Ambition is extending the application deadline for the 2022 Black Ambition Prize to Monday, June 20th by 6:00pm PST. We want every Black and Latinx entrepreneur building startup ventures in consumer products and services, media and entertainment, healthcare, technology, and web 3.0 to have the opportunity to submit a bold venture to us for funding consideration, and we’ve seen some amazing submissions so far. It’s time to step into your ambition and apply .

I wrote this back to Black Ambition:

Hello,
Thanks for the mail, but while Zennie62Media has black founders, neither me nor my Mom (who’s on the board) graduated from an HBCU.
Best regards,
Zennie

The unknown person at the other end of the email representing Black Ambition wrote this:

So, clearly, Black Ambition was insistent on having me enter Zennie62Media,Inc., even though they claimed to have “impressive” entries, already. In retrospect, that’s fishy. I believed the reason was they wanted my company to get an investment award, otherwise, why try so hard?

Anyway, I took the plunge and filled out their super-long online application, glitches and all. No, there was no “fee” asked for, by the way. So, why was it so important to have Zennie62Media,Inc. submit an application for the Black Ambition Prize? Given what the judges said about the company, it looked like it was just to make fun of this effort, and nothing more. If that’s the case, my advice to Pharrell is to stop insulting black tech startup entrepreneurs, or at least this one, me.

Consider that Black Ambition actually sent what the two unnamed judges wrote. Think about that. Black Ambition felt it necessary to rub it in that my company was rejected. This is what was wrote, including my initial responses:

Judge #1 I recommend switching your pitch to focus on the unique tech you’ve built that can be scaled and differentiated from competition. The blog aggregator and smartphone-blog-social media tech are the real value adds of your business so those should be the main focus of what you pitch, mission, and strategy.

Now, that first observation was valuable, even though the Zennie62Media pitch-deck does just that. But the fact that Judge#1 wrote that means either they did not see the pitch-deck, or that aspect of the firm was not sufficiently emphasized. OK, cool. Now for Judge #2

Judge #2 Applicant is a online reputation management company. Based on the age of the company, it should be significantly larger if they are doing a good job. I am taking reference from 3 other such companies I personally know operating in Singapore, Philippines and Thailand which are operating at significantly higher revenue (easily more than 10x) and far higher annual growth multipliers and all 3 companies being less than 1 quarter the age of this company (13 years). My personal opinion on why growth might have possibly been been slow is due to the identity politics focus (blacks, black-sympathetic) of the company. A good online reputation management company focuses on the client requirement and not to colour the client selection, messaging and political leanings.

Ok, stop the press! Judge #2 wrote “My personal opinion on why growth might have possibly been been slow is due to the identity politics focus (blacks, black-sympathetic) of the company.” Well, first, that’s not the focus of Zennie62Media, and the fact that the judge wrote “Applicant is a online reputation management company” proves it.

And it’s hard to get past what Judge #2 wrote, and so now, I want to know who that is, and why it was so important to get my company, and me, involved in Black Ambition. Pharrell did a good job of promoting “black oriented” events during the Black Ambition application and evaluation period. So much so, that it looked to me like Black Ambition was pusing that a black startup company applicant had to prove how black they were by attending the events, if they hoped to win the prize. So, that response was weird considering that this was supposed to be black-oriented and a supposedly safe-haven away from racism for black entrepreneurs. Judge #2’s response was straight-up racist, and yet Black Ambition let it stand. Why?

So, I have started to dig around and learn who’s behind Black Ambition other than Pharell and it’s CEO Felecia Hatcher. And that’s where the name Jed Simmons comes into play.

Jed Simmons is listed as a “Black Ambition Mentor”. What that means, at this point, I don’t know. But I do know that Jed’s title on Linkedin is “Co-Founder, Investor, Entrepreneur in Residence, Professor of the Practice” with the 17-year-old-venture capital firm Frozen Pond Ventures, and he lives in New York City. Simmons is also Professor of the Practice in Innovation & Entrepreneurship at Duke University and is Entrepreneur in Residence at University of North Carolina at Chapel Hill. Jed Simmons’ main claim to fame is (like me) being an early participant in this whole digital media space with the founding of a company called “Next New Networks” which is best described as a forerunner to Maker Studios.

But, in looking at his overall background, including his stint with YouTube from Mar 2011 – May 2014 , it’s a fair bet Simmons was one of the judges who wrote that my content was “too black”. Simmons, or whoever wrote that, seemed to know my work already and out of the 21,000 YouTube videos on everything from Oscars Parties to CES Las Vegas, remembered some vlog where I was calling out racism. Or, worse yet for him, was upset that I embarassed YouTube by calling out their failure to filter the use of the n-word in 2011.

No kidding. Starting in 2011 and through 2013, and tired of being called the n-word in comments an average of 52 times a month, I wrote about my issue and got my words published in AdAge, and the story picked up by CBS News. The overall impact resulted in YouTube installing the word filter I asked for in 2013, and now the offending word is commonly eliminated from view in YouTube comments. It just so happens that Mr. Simmons was with YouTube at that time, and I’ll bet he knew about that whole problem, then. Putting two-and-two, together, and the “4” seems to be him.

Whatever the person, the fact is that Zennie62Media content is not “identity politics” like, say, the Grio or Blavity. But our content does take a black-senstitive view of news and because the founder and majority owner is black – me. I should not have to have that used against me and my company by someone affiliated with Black Ambition. That calls all kinds of issues to the fore, and most notably the question if Black Ambition really cares about the advancement of black people who are their authentic selves?

The answer is an obvious NO. I am going to keep digging and blogging and vlogging about this until I get an answer, and then I’ll keep going from there.