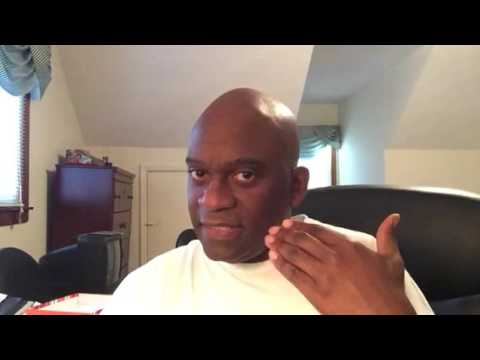 The San Francisco Super Bowl 50 Host Committee, and the bid committee before it, suffered the problem of being the only groups coming before the NFL to present a bid to host a Super Bowl without any African American representation on the bid group that made the trip to do so, in this case, to Boston for the Spring NFL Owners Meeting. I know this because I was there.

The Miami Super Bowl Bid Committee, and the group that came to the Boston Harborside Hilton Hotel where the NFL meeting was held, had blacks on their team. And the right-hand man to Miami Dolphins Owner Stephen Ross was also African American. The same was true for Houston Texans Owner Bob McNair.

The San Francisco Super Bowl 50 Bidding Committee stood in stark contrast to its counterparts. And a look closer at the overall committee itself reveals that while it does have women and minorities, there are only four blacks on it, and most were last minute additions, with former San Francisco Mayor and California Speaker of The House Willie Brown the only early addition. Moreover, there were no blacks or women at the kickoff for the San Francisco Super Bowl 50 Bid.

This pattern was repeated with the hire of Keith Bruce as the CEO of the SF Super Bowl 50 Host Committee on September 10th. Keith Bruce is not someone nationally well-known as an event planner. Indeed, his SportsMark company is better known for hospitality sales, not for event planning.

In all, it looks like the position was given more to a friend than to someone who’s drop-dead super qualified to be the best person for the job. This is not intended to be a slap at Mr. Bruce, only a statement of fact. The NFL has a strong tradition of minority representation, and that has not ever been interpreted to mean any other person-of-color other than someone black. The NFL is very sensitive to battle against that way of thinking.

So when it looks like someone in the example of Keith Bruce is running a company not well known in the case SportsMark is selected as CEO of a Super Bowl Host Committee, and that group seems to follow a pattern of favoritism toward white males, questions must be asked.

Moreover, SportsMark is not known for its NFL work experience, which from an event planning perspective is a big fat zero. SportsMark can only claim the formation of a hospitality house, billed as an “an exclusive drop-in hospitality center ” for Super Bowl XLVI.

(And at that, some fear Mr. Bruce may use his Super Bowl CEO position to steer NFL Super Bowl hospitality contracts to his own SportsMark company, or firms affiliated with SportsMark, rather than giving women and minority firms a chance to get such work.)

In fact, Mr. Lively is one side of the coin of who runs Super Bowl Host Committees: the persons have either fundraising or event planning experience, but the event planners tend to rule the day.

A Word On The Late Robert Dale Morgan

Robert Dale Morgan is the standard by which all Super Bowl Host Committee bosses should be judged. Mr. Morgan used a combination of charm, intellect, and tenacity to help both Atlanta and Houston land, then manage, Super Bowl Host Bids. I had the pleasure of meeting and talking with Mr. Morgan, who was not shy about sharing his views on a bid when asked, but did so in a way that was instructive and not critical. In Atlanta, Morgan’s credited with helping the sports organizations there realize their political power as a unit, and not working against each other. After leaving Atlanta in 2001, and to take a job as vice president of championship management for the PGA Tour, Robert Dale Morgan was offered the job of President of the 2004 Houston Super Bowl Host Committee. He passed away of from complications of glioblastoma February of last year, 2012, and at just 50 years old.

But the overall point is that what San Francisco must avoid is the appearance of favoritism in hiring. Right now, the selections of who is involved leave more head-scratching than approval, as well as the fear from this blogger that qualified women (like Ann Warner Cribbs who headed the Bay Area 2016 Olympics Bid or Beth Schnitzer, who was head of marketing sponsorships for Pier 39 for over a decade, and worked in NFL marketing and on the 1996 Olympics and World Cup Soccer) and blacks (like Kofi Bonner, the former CAO for the Cleveland Browns, now with Lennar or Thomas Goodwin of Ankh Marketing, who’s produced many events for entertainers like Mos Def, or the legendary entertainment producer Lionel Bea, who counts Jamie Foxx as one of his close friends) will be overlooked.

(And for the record, and for transparency, I’m not interested in being on the Super Bowl Host Committee. They have done enough work in disrespecting the fact that I headed the effort to bring the 2005 Super Bowl to Oakland – we lost to Jacksonville at the NFL Fall Owners Meeting in Atlanta in 2000. Sure, as one friend pointed out to me, “the new guy never calls the old guy for advice,” but the new guy doesn’t diss the old guy privately or publicly as Daniel Lurie did when referring to the “last Super Bowl Bid effort” from the Bay Area at the Boston NFL Owners Meeting. When I said to Mr. Lurie that his comment sounded like a slap at me, he only laughed.)

This is a wake-up call to produce a Super Bowl effort that will make the NFL and San Francisco proud, and position the region as a competitor for future Super Bowls. Daniel Lurie and Keith Bruce must be aware that the San Francisco Super Bowl 50 Host Committee’s win was the direct result of Miami Dolphins Owner Stephen Ross’ political errors in Florida, as much as anything they have done. And from the looks of their press conference in Boston, they’re going to be angry for some time to come: