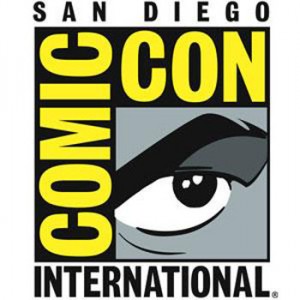 Are you ready for the excitement of San Diego Comic Con 2017?

How about scenes from San Diego Comic Con 2016?

And this classic from San Diego Comic Con 2011:

The media network ran by Zennie Abraham (and now with Zennie’s San Diego Comic Con Blog!) has been responsible for the creation of more YouTube videos, 845 and counting, than any other single person or media outlet in San Diego Comic Con History. And here’s the Zennie62 YouTube Playlist to prove it:

And, as has been the objective of Zennie62 at Comic Con, at #SDCC 2017, we’ll feature a unique combination of legendary comic book cartoonists, the latest movie producers and actors and actresses, pop-culture icons, and interesting people doing everything from cosplay to gawking at stars, to sleeping on the grass to get into Hall H. Before we preview what’s coming for San Diego Comic Con 2017, here are three vlogs that helped put Zennie62Media on the San Diego Comic Con Map:

And here are some of my personal favorites from San Diego Comic Con:

This year’s schedule features over 50 great films, from 7 different pop culture genres including Action/Adventure, Animation, Comics-Oriented, Documentary (Pop Culture-Oriented), Horror/Suspense, Humor, and Science Fiction/Fantasy. The films this year come from all over the world, including the U.S., Canada, France, Chile, Germany, Greece, Ireland, Israel, Russia, Sri Lanka, and Taiwan. The schedule also includes the return of the popular ongoing panel series Comic-Con Film School, a daily series of how-to panels on filmmaking, plus additional film-related panels on Thursday, Friday, and Saturday during the day. On Sunday, the CCI-IFF Awards will be presented, followed by screenings of the award-winning films in each category. Link here: https://www.comic-con.org/cci/film-festival

what is comic con