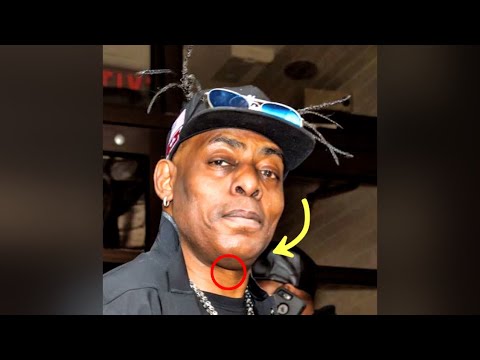 He was best known for his 1995 Grammy Award-winning hit single “Gangsta’s Paradise”, as well as other singles “Fantastic Voyage”

Coolio died Wednesday in Los Angeles … the press has learned.

Coolio’s longtime manager, Jarez, says Coolio went to the bathroom at his friend’s house, but when he didn’t come out after a while … the friend kept calling for him, and eventually went in and found Coolio laying on the floor.

We’re told the friend called emergency services, who arrived and pronounced Coolio dead on the scene — and Jarez tells us the paramedics suspect he suffered cardiac arrest. An official cause of death has not been determined.

Coolio, whose real name is Artis Leon Ivey Jr., came up on the L.A. rap scene in the late 80s, but blew up nationally in 1995 when he released “Gangsta’s Paradise” for the soundtrack of the Michelle Pfeiffer film, “Dangerous Minds

He was active right up until his death – Coolio was in the middle of a tour with other 90s stars including Vanilla Ice and Young MC, and they performed in Texas just a few days ago.

“This is sad news. I witness first hand this man’s grind to the top of the industry,” fellow rapper and actor Ice Cube said.

Coolio recorded his first single in 1987, titled “Whatcha Gonna Do?”.He also recorded “What Makes You Dance (Force Groove)” with Nu-Skool in 1988. Coolio made connections in the L.A. rap scene, and in 1991, ended up joining the group WC and the Maad Circle, led by rapper WC. He is a credited co-contributor on the group’s debut album Ain’t a Damn Thang Changed, including on the single “Dress Code”.