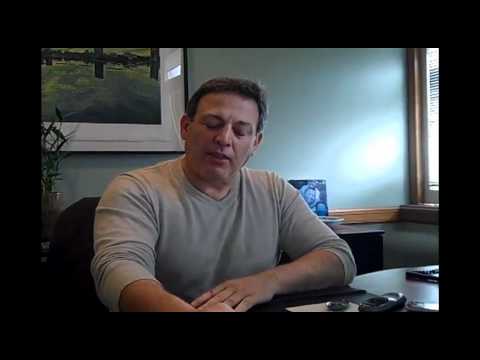 She did. (And look, some headlines says “Libby Schaaf expected to enter Oakland Mayor’s Race,” but the fact is, the word around town’s that she’s in it. And that’s from five separate conversations I had yesterday alone. Game on.)

Libby Schaaf has been my friend for 23 years (which is about as long as some of you have been alive) but I’m going to blog this from the perspective of what I’ve been over that time, which is both an observer of and participant in Oakland Politics. And yeah, that’s with a capital P.

In all of the years I’ve been in Oakland Politics either as a columnist, a Mayor’s aide, head of the Super Bowl: Oakland Bidding Committee, or producer of Oakland’s first blog, I have never, ever seen an Oaklander run for Mayor since Ted Dang did it in 1994 (and gave then-Mayor Elihu Harris a bit of a tussle). We’ve had candidates who have lived in Oakland most of their lives, but were born somewhere else. Not Libby: she was not only born and raised in Oakland, and in the council district she now represents, District 4, but she went to school here, leaving only to collect her law degree, then returned to Oakland.

Libby Schaaf in the Mayor’s Race should scare the hell out of all other candidates, including the one I have backed, Bryan Parker. And that’s because there’s no one running for Mayor that knows Oakland like Libby does, and it’s not something you can fake. All of that, and much of what I’m talking about is hard to describe in words, will come out during the course of the Mayor’s Race.

It’s Libby’s advantage, but that doesn’t mean she couldn’t blow it. Here are the implications of her entering the Mayor’s Race. And this is from the very person who not only talked her into it five years ago, but also wrote an April Fool’s joke blog post that she was running in 2010, and managed to scare the hell out of Don Perata’s campaign guy, Larry Tramutola.

First, Libby Schaaf just making the decision that she’s going to run for Mayor, then talking about it around town (I’ve heard it from several different people already in just one day) has caused two other Oakland politicos to call me and say they’re considering running for Mayor. Thus, this could shape up to be a crowded race.

But I’ve told the two people who called me to make a checklist of why they’re running, and be honest about it. If they’re doing it because Libby’s running, it’s a bad move. I told them to list their accomplishments, and then be ready to tell why they’re running in 25 words or less. If they can break down their reasons to that, as I know Libby can, they’re ready.

Most can’t do that, but ego drives some to not even think that’s an important matter.

Second, ego will drive the entry of other candidates into this race, if only because they think it might trip up Libby. In other words, Libby Schaaf has become the 800-pound gorilla in the room. She now casts a huge shadow because of her style, delivery, personality, looks, experience, and roots.

This combination will cause her to raise a good deal of money, perhaps eventually more than Parker, but that remains to be seen because of Bryan’s tech connections in Oakland and in California.

The one person who should be vitally concerned about Libby Schaaf’s entry is Joe Tuman, and because even though he’s not white (he says he’s not when the conversation comes up, and is quick to remind me of his middle eastern origins), he’s perceived of that way, which in image catapults him into the ‘You’re a hills dude’ camp. And that places him in direct competition with Libby, who, while she’s lived a huge chunk of her Oakland life as a Lake Merritt bachelorette, is incorrectly but popularly perceived of as a hills area Oaklander.

(I should add that Tuman could overcome Libby by just plain taking advantage of the delay in her entry into the race by over-promoting his run for Mayor, early. Joe’s house parties have worked to introduce him to many Oaklanders, and with great results. Tuman’s only chance to win will come with working hard, and that means walking around town, shaking hands and holding house parties.)

Now, some will say ‘That’s crazy because she lives in District 4 and that’s in the Oakland Hills’ but the fact remains that Libby lived around Lake Merritt, and knows the flatlands just as well as the hills.

Any candidate who tries to paint her as a hills dweller out of touch with Oakland is in for a surprise – running for Mayor gives Libby the chance to be herself. That’s going to shock some people.

For example, the Libby Schaaf that Oakland Councilmember Desley Brooks, or some of Oakland’s black real estate developers and contracts thinks they know is not the one who’s running for Mayor. So any black female Oaklander who would run and think they could take African American female votes away from Libby will find, and this is already happening, that a number of black women are already either behind Libby, or thinking seriously about getting behind her. And I note, this is all happening in the space of one day.

Could Anne Gust Brown have an impact?

If Anne Gust Brown does actually enter the Oakland Mayor’s race, you’d have to ask, where would her constituency come from? Business? Well, she could call on Phil Tagami, considering that her husband, Governor Jerry Brown, helped him produce Oakland Global, the Oakland Army Base Reuse Project that’s under construction now. Perhaps others in Oakland real estate. But beyond that, who?

Anne would cause a great stir, and has by allowing my blog post that she was rumored to run to go unchallenged, but as the Mayor’s Race dragged on, her lack of knowledge of key details about Oakland, from the Port to budgets, would show and in a social media World, and that, matched with some Oaklanders anger over how Jerry was as Mayor of Oakland, would reduce her value as a candidate.

The only way an Anne Gust Brown run for Mayor Of Oakland would have a chance of working is if she teamed up with Libby. And in that scenario, Libby would win the race. It would be as if Jerry Brown had an emissary endorsing her who didn’t come with the Governor’s Oakland warts, (particularly around killing the Oakland Redevelopment Agency, which has been the singular reason for much of Oakland’s pre-Internet growth), running around town promoting Libby.

In 2010, Jean Quan was not the front-runner in the Oakland Mayor’s Race, it was Don Perata.  He scored 35 percent of all of the votes, and only what then-City Attorney John Russo said would be impossible happened: she got two-thirds of the second choice votes.  In other words, because Quan teamed with Rebecca Kaplan in running for Mayor of Oakland that year, Quan was the largest second choice vote gainer for those who voted.  In other words, Perata was the first choice of a large number of people, but not the second choice of a large number of people.  Still, she had to get 2/3rds and John Russo called it as impossible in my interview with him, then (starting at the 14 minute, 59 second mark – and the special URL code time mark doesn’t work in this case).

But the impossible happened.  Jean Quan won, became Oakland’s first Asian and female Mayor, and shocked everyone.  I told her via a blog post I wrote, and again in person, that God gave her a gift she should not blow.

Libby’s run certainly hurts  Joe Tuman’s run for Mayor of Oakland – the only way Joe has a chance is to convince Libby to team up with him. And I’m sure that’s something the two of them have talked about, or are going to talk about. But frankly, Joe would have more to gain from such an alliance than Libby does. Look, Libby has several built-in constituencies: her District 4 dwellers, white and black professional women in Oakland, and a giant network of Oakland friends ranging from Skyline high School classmates (I graduated just before she and Phil Tagami became freshman in 1983), to Oakland lawyers she’s worked with and for, a number of heads of non-profit companies in Oakland, and City of Oakland employees and past and former elected officials both in Oakland and in Alameda County.

That’s tough to match, and it’s why Joe Tuman would gain more from teaming with Libby than she would from him.

But the real game changer would be if Bryan Parker and Libby Schaaf were to team up – that would meld two growing classes of Oaklanders, young black and white professionals, at the hands of two candidates with diverse crossover appeal, Parker and Schaaf. Bryan has three things that Libby lacks right now – money he’s raised and over $100,000 of it, and a growing Oakland tech coalition, and an active young black male and female professional network – and that’s where Libby is weak right now.

Within Bryan Parker’s supporter network are some of Oakland, and the nation’s, brightest black and white tech entrepreneurs and lawyers. It’s a formidable group, not to be taken lightly.

The question is will they team up? Or will Libby convince Oakland’s At Large Councilmember Rebecca Kaplan to enter the race, and then team up with her? I have to admit, I can’t see the advantage of such an idea, if only because Oakland’s gay and lesbian community is not so politically tight that it has produced a consistent stream of elected officials. Because black voting patterns in Rank Choice Voting tends to stay more for black candidates, Libby is better off teaming with Bryan in this case. (Yes, you did read that correctly.)

And what about the incumbent, Jean Quan?

Oakland Mayor Jean Quan has to be shaking in her boots over this news, and trying some to form some kind of alliance with Libby. Quan’s negatives are larger than King Kong, but she is able to counter that with each new restaurant and business that opens in Oakland, and just by doing what she does best: showing up at all of the small community events, and caring about those who have less, and paying special attention to children. Look, Jean may say stupid and racially charged things from time to time, but that running off at the mouth is countered by a real concern for kids, especially kids of color. Jean Quan is a good person, it’s just that her style gets in the way – a lot.

Quan and Schaaf teaming up too would be effective, but more for Jean than for Libby. It would cause Libby to inherit all of the negatives that Jean wears like a cheap suit, and each time Libby said ‘Vote for Jean as your second choice’ she would be asking voters to do something that many have shown by polls, and said to me, that they don’t want to do. Besides, some of Jean’s own supporters are at least intrigued by Libby being in the race.

I talked to one Oakland political legend last night about Libby’s move and he says he’s behind Mayor Quan, but is planning to sit down with Libby as he couldn’t believe the news – he likes Libby. In other words, even some of Quan’s allies are thinking twice about supporting her now that Libby’s in the Mayor’s Race.