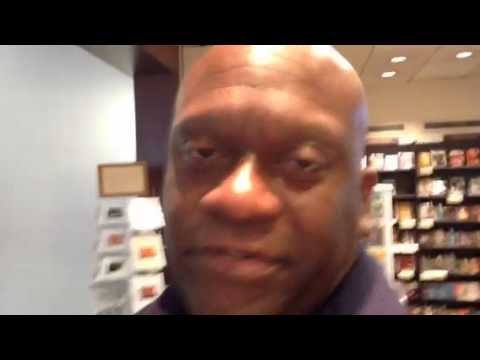 I kept calling Dot Complicated, Randi Zuckerberg’s memoir on how digital media has changed our lives, and how to maintain your sanity during the cultural flux, “Dot Confidential” to myself, again and again. Then, I figured out why after not a lot of thought.

When I finished reading the book (and after losing my autographed copy on a BART Train, and buying another at San Francisco International Airport) my first impression was that Randi was angry, and the book was as much about settling scores regarding perceived slights, as it was about how digital media has made our personal actions and expressions public, sometimes with disastrous consequences.

Dot Complicated is worth reading because Randi Zuckerberg can’t escape being Mark Zuckerberg’s sister. The rise of Facebook catapulted not just Mark, but his family into rock-star status, albeit to varying levels of intensity.

But in reading Dot Complicated, it’s all too clear that negative episodes like being publicly embarrased for posting a seemlingly harmless family photo on social media, or singing a wonderful song from Jewish culture at Davos, or an old boss of hers taking time to put her down in front of others, or even being passed over by Mark in a ritual Facebook greeting session while she was with the firm, have taken a toll on her.

I came away thinking that Randi was as much pissed off for how she was treated in life, as much as she has terrific insights and instructions in how to navigate the digital media landscape. All of her stories stayed with me because my blog style is not too dissimilar from her writing objectives. Its all too easy for me to take to my blog and use it to flog someone who treated me in a way that was either unfair, or just plain racist.

In other words, I get it. In little ways Randi is trying to claw out her own little path away from the giant shadow cast by her brother and his Facebook, and along the way she comes up against a kind of insidious sexism that doesn’t allow a woman the same freedom to be herself that a man is given to be himself. It’s not unlike the kind of insidious racism I experience when I wear a black suit, and people come up asking me if I know where the bathroom in an establishment is, as if I’m the security guy. And that happens a lot in Las Vegas, but I insist on wearing my favorite color, black, so I do, at times come off with a “go to hell” attitude, and I don’t care.

I also get that digital media has driven her, like me, to not just advise, but insist that we all use our real names online. In Dot Complicated Randi instructs that you want to strive for authenticity of voice. But the other reason for what has become a Silicon Valley push toward seeing your real name is the pages and pages of vile comments that people who don’t use their real name online have launched. In my case, and with respect to YouTube, some commenters have called me the n-word on the average of 50 times a month. It was so awful that I made this video to ask YouTube to sop it:

And then blogged about the problem whenever I could and basically bugged the shit out of YouTube execs – now, finally, the filter that should have been in place years ago is there now.

But Randi’s right in stating that causing everyone to use their real name curbs such awful online behavior – almost eliminates it. Or makes it easy to save as evidence in a lawsuit or criminal complaint.

Randi is also right in explaining that these sets of comments are a form of content that fashions our personal brand – or that “thing” that others expect us to be. For example, when I see a mention of our mutual friend Robert Scoble, I expect to read about some new tech he’s trying, like Google Glass. If I see a mention of our other mutual friend Sarah Austin, I expect to read about her amazing entrepreneurial strategy, or see one of her vlogs, or both.

How do you look? If you look at all like the racist or sexist folks that have tormented Randi and myself, it’s time for a change in your personal brand. Randi’s book Dot Complicated is not just a memoir of what’s pissed her off in her life, it’s a good guide for anyone to read to avoid being “that person” on the Internet, and build a positive online persona in the process.