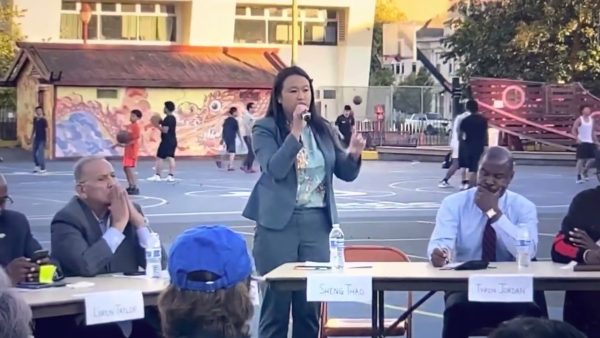 At last night’s Oakland Mayoral Forum in Chinatown, Oakland District Four Councilmember Sheng Thao, in answering a question regarding affordable housing, told the audience she would use Enhanced Infrastructure Financing District legislation or EIFD to fund the construction of affordable housing. The trouble is, Sheng didn’t spell out what “EIFD” stands for, and that’s because she doesn’t know the program.

She got the idea to use it from watching my vlogs, then asked for a ZOOM meeting with me on February 2, 2022, and we had that 30 minute meeting – only she said she didn’t want anyone to know about it.

Moreover, Sheng wanted free information from me, but then TOLD me she was going to hire another firm for EIFD and tax increment financing- the real tool she failed to mention. So she had zero problem using me, and saying she was planning to pay a white consultant. (News flash folks: a person can be a news commenter and a consultant on that subject. It happens all the time on CNN, so don’t give me this garbage, OK?).

And again because she doesn’t know the legislation or the math Sheng forgets what EIFD is or that tax increment financing is the real tool. Glad she’s mentioning it, but her way is disingenuous to the last.