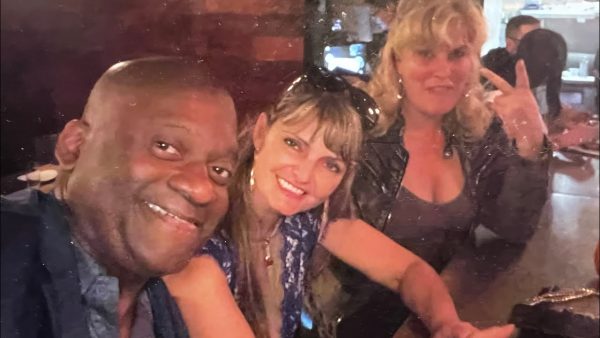 After Years Of Friendship Amy Baker Turns Racist And Mean To Me, So I Vlog This To Protect Myself

After Years Of Friendship Amy Baker Turns Racist And Mean To Me, So I Vlog This To Protect Myself

No idea what is going on. But my once long time friend Amy Baker (who I have not seen since 2019) elected to write on Instagram that I was the only black person she knew who would mourn the death of The Queen of England.

So I let that go and because I couldn’t believe I had a friend who would write that and not in a joking way. That’s racist. I don’t think in terms like that, nor do I seek friends who do. Being who I chose to be as a black person has been a theme of my life. But in perspective I was willing to give my friend a break.

So after waiting a week, I decided to reach out privately and express my displeasure in the hope of an apology. Instead I got a nasty response that I was blocked on IG and would be on Facebook if I didn’t stop communicating.

That is to me a signal that something terrible is up. Like an effort to make fake news about me. I am 3,000 miles away from home and with my Mom to help her. I will not let anyone treat me badly and because there’s no reason to. None.

Last time I was back I took her and my friend Corina to a wonderful dinner in Rockridge. That was 2019 and where the photo is from. I have been gone since November of 2019. So this is weird. And all because I mourn the British Monarchy? What ever happened to talking? Well, at this point since I am completely puzzled, I make this.

I have to protect myself by sharing truth, story, video, and photos. And I suggest that every black man in particular does the same. Especially on Facebook and IG. Maybe someone hacked her account?