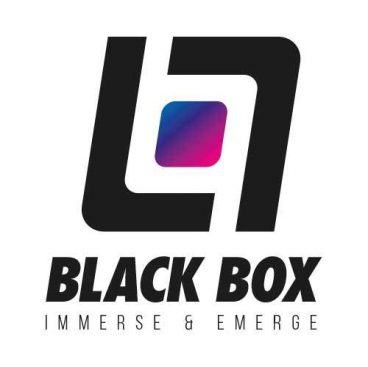 BOISE, IDAHO, JANUARY 18, 2018 (Press Release)- Black Box VR, a pioneer in virtual reality fitness, has been declared BEST STARTUP of CES 2018 for its innovative resistance-based virtual reality fitness experience. The award was presented in Las Vegas by Engadget, the Official Awards Partner of the International Consumer Electronics Show, hand-selected by their judges from an estimated total of over 4,500 exhibitors at the conference. The team had also opened the show as an official 2018 CES Innovation Award Honoree, and was present at the Sands Expo Hall debuting their system to the public for the first time.

“We couldn’t be more proud to receive such a prestigious honor from the International Consumer Electronics Show and their official partners at Engadget,” said Ryan DeLuca, CEO and Co-Founder. “The worlds of fitness and immersive VR are finally coming together to help people reach their goals. This award helps us bring awareness to this revolutionary technology.” Preston Lewis, Co-Founder and CCO added, “Over the past 18 months we’ve put in an enormous amount of work to strategically combine science-backed fitness programs with the addictive qualities of gaming, immersive technologies, and innovative hardware to transform lives for the better. This award is a testament to the hard work put forth by our talented, passionate, and multi-faceted team, and we couldn’t be more thankful for this amazing recognition.”

In their coverage of the show, Engadget stated, “Black Box has big plans to change the fitness industry AND gaming while they’re at it.” Black Box VR was also nominated for Best Digital Health and Fitness Product, Best Sports Tech, and People’s Choice. Upon their decision to award Black Box VR as the winner of Best Startup, Engadget’s Senior Reporter Jess Conditt said, “Black Box VR is building the gym of the future. Using the HTC Vive, motion-tracking controllers and specially designed workout equipment, Black Box turns exercise into a video game. The plan is to set up a boutique gym in San Francisco this year, where members can strap into a game, work out and attempt to land on the local leader-boards. This is just the beginning of the VR fitness market.”

Founded by fitness fanatics Ryan DeLuca and Preston Lewis, the Black Box VR team spent years building Bodybuilding.com into the largest online supplement retailer in the world with nearly $500m in annual sales. With the collaboration of many talented individuals, they created some of the world’s most recognized supplement brands, developed chart-topping fitness mobile applications, were honored for their award-winning health and fitness campaigns, and created the world’s largest online fitness social network with over 3m members while always holding true to the mission of changing people’s lives.

In 2016 Preston and Ryan decided to start their new venture, Black Box VR, with a mission to disrupt the fitness industry once again by creating innovative products and experiences that create lasting change in people’s lives. After trying virtual reality for the first time, Ryan and Preston knew they were experiencing a magically immersive technology that, if paired with resistance training, gaming principles and high intensity cardio, will be the winning combination for people trying to reach their health & fitness goals. Black Box VR is redefining fitness as we know it.