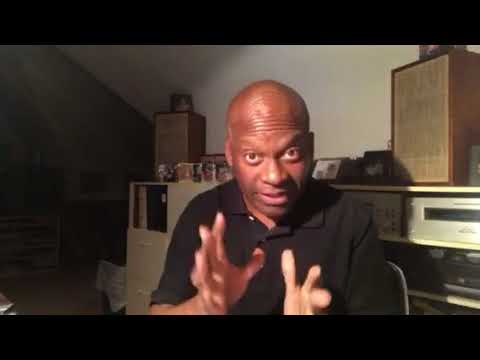 The final version of the Oakland Raiders NFL UNLV Stadium Joint Use Agreement that the UNLV Regents are to read before their first special meeting on January 4th has been released. The 65-page document does a great job of spelling out UNLV’s financial position in the partnership, in the first three pages.

But UNLV didn’t get much for the over $200,000 in legal fees it spent to supposedly lawyer-up and get a better deal with respect to the Oakland Raiders in what’s to be a position of sharing, and not being a secondary tenant, in the NFL stadium. Bottom line :can UNLV afford to be in the stadium under the terms and conditions established in the agreement? Right now, the answer is no.

For an athletic program that’s in deficit as this is written, asking UNLV Regents to foolishly sign-off on a document that paints an uncertain fiscal picture for the program in the new stadium is wrong. In short, the UNLV Regents are being asked to bet on the come and hope and pray that two parts of the financial ledger come out in its favor. Let’s take them one by one.

The first section of concern is marked “G. Rent / Cost” and is written in full, as follows: “Stadco has full operational control of the stadium pursuant to the Act and will charge UNLV all actual operational or “pass-through” costs (excluding fixed costs) in connection with all UNLV Team Home Games and Other UNLV Events. Prior to each UNLV Season, UNLV and Stadco will meet to discuss and determine anticipated services and costs, as well as a plan to adjust services at the stadium to account for attendance differences in order to control costs (“Right-sizing”). From time to time, UNLV may request that Stadco and UNLV representatives meet prior to each UNLV Team Home Game to discuss/implement further recommendations on “Right-sizing”. Stadco will share operating cost information as it becomes available before completion of the stadium.”

Ok: UNLV is expected to be charged all actual operational or “pass-through” costs (excluding fixed costs) in connection with all UNLV Team Home Games and Other UNLV Events (which is not what the law reads, but more about that later). Then the agreement says “ Stadco will share operating cost information as it becomes available before completion of the stadium”, which means that, as of this writing, the Raiders told UNLV representatives they don’t know what that cost is, which is really interesting since they did have a template of Stadium Operating Costs and Revenues presented to the Southern Nevada Tourism and Infrastructure Committee in 2016.

In that, the total operating expense for a common year for the stadium was expected to be $21,537,313. While the UNLV operating expenses were not broken out of that, it’s not because UNLV wasn’t considered; the document I refer to is the June 2016 “Final Draft Stadium Model” for the SNTIC and made by Applied Analysis’ Jeremy Aguero, and with the help of the use of the “LVS-Majestic Model” from the May 2016 version of the Stadium Model. While the document writes that the “potential implications for UNLV were not fully reflected in the model”, we do have some data to make some determinations – what the Philadelphia Eagles are asking for from Temple University for its new lease.

That amount is $2 million in annual rent and $12 million up front. Applied to UNLV, that’s $72 million for a 30-year-lease. Given that the original SNTIC model had UNLV getting $221 million in off-set revenues from the Stadium Authority, that’s a good situation. The model had UNLV as one of three fund receiving groups: Capital Contributions, UNLV Payment, and Debt Service. That was then, and written such that UNLV was paid no matter what? Right?

Now, before we get to the evidence of how UNLV’s being hoodwinked, let’s look at what the Southern Nevada Tourism and Investment Act reads about rent on pages 18-19 and Section 29.3(g)(h): “(h) Establish a reasonable rent to be paid by the University for the use of the project for the regular and postseason home games of its football team, except that for each regular season home game of the football team, and not more than three other events selected by the University, the reasonable rent must not exceed the actual operational or pass-through costs, excluding any fixed costs, to host the game or event at the project;”

In other words, the law does not have UNLV paying the “ actual operational or pass-through costs”, but the agreement does – and yet, the agreement is not written to call that “rent”. So, we have that cost amount – but you say that the Stadium Authority will pay an offset for revenue? Look at this.

In the new agreement, we have these words in “Offset for Revenue”, and you gotta read this: “Offset for Revenue Pursuant to the terms of the Act, UNLV has the ability to receive annual
compensation payments of up to $3.5 million from the Stadium Authority to offset revenue streams
previously available at Sam Boyd Stadium, which revenue streams are either reduced or not available at the new stadium. In determining UNLV eligibility for such annual compensation payments, the Stadium Authority is required to consider (i) the loss of net income from football and other events hosted at Sam Boyd Stadium and (ii) any increase in net income for UNLV generated from the use of the Stadium. The annual compensation payments are available for 10 years and are subordinate in payment to (i) Stadium Authority administrative costs not to exceed $2 million per year; (ii) necessary stadium operation and maintenance expenditures that Stadco has failed to pay;and (iii) funding of a debt service reserve fund not to exceed $9 million. Any payment not made to UNLV by reason of the foregoing subordination provision is carried over into future periods without interest accrual.”

The problem is, given the other costs the Stadium Authority is said to be required to consider (where does the law say that?), UNLV may not see that offset money. The $221 million that was presented in to the SNTIC 2016 looks like nothing more than bait to lure the college, and nothing more.

So the proposed agreement leaves UNLV in a potentially costly financial position with a lot of unknowns: there is no guarantee UNLV will see the $221 million, language that’s against the way the law is written and having it pay operational and pass-through costs, but not specifically calling that rent, as in :THIS IS YOUR RENT UNLV. It’s not clear and direct.

The UNLV Regents are being asked to approve an agreement which could very well leave it in deficit, rather than made whole. To get this far and spend that much money on lawyers, and not have a clear understanding of costs and revenues to UNLV from this Raiders Stadium is an outrage.