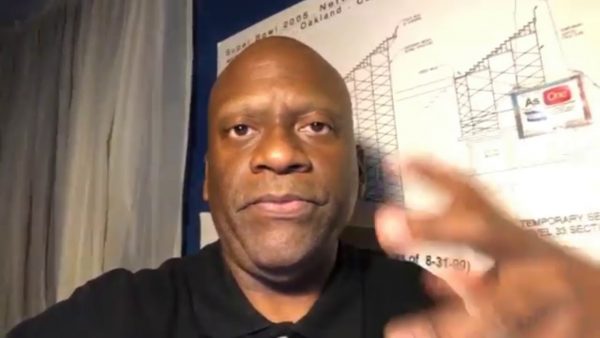 Last year, during the meetings of the Southern Nevada Tourism and Infrastructure Committee, I asserted that the proposed Clark County Las Vegas Raiders – UNLV Hotel Stadium Tax Rate of first 7-tenths of one percent, and then the approved 88-100ths of one percent were too small to service the proposed $750 million stadium subsidy bond.

Now, this year, the actual stadium hotel tax revenue started to be collected in March, and shortly after that, I repeated my argument – the Stadium Authority reps said I was wrong.

So, if the bond is only $700 million, as Stadium Authority President Steven Hill said it would be because they expected $50 million in stadium hotel tax revenue to be collected by the time the bond was actually floated by Clark County, then assuming 4.14 percent interest rate and 30 years, the debt service per month would be $3,398,651.34 – and the revenue from the tax rate per month should be $5,097,977.

If we take the actual monthly stadium hotel tax revenue, and compare it to the monthly revenue needed to cover the debt service with a coverage ratio of 1.5, which is $5,097,977 – we get deficits for each month to date.

So what if we extend the bond period to 40 years at the same interest rate? That would bring the debt service per month down to $3,190,000. Or let’s just take it down to $3 million per month, which would call for $4.5 million in revenue needed per month.

Guess what? Looking at our monthly revenue collected from March 2017 to now, we see a surplus only in the month of March – all other months show shortfalls. And show that the debt coverage ratio of 1.5 to 1 was maintained only for March and for no other month this year to date.

In other words, under these circumstances, the hotel stadium tax monthly revenue stream is not enough to even think about floating a stadium bond of even $700 million, let alone $750 million – the revenue gap means Raiders stadium bond underwriters would ask to dip into Clark County’s General Fund to make up the difference each month. In other words, the Clark County taxpayers would help pay for the stadium, not just the hotel tax.

Early on in the 2016 SNTIC meetings, a smaller subsidy of $550 million was proposed, but the Oakland Raiders and Las Vegas Sands and Majestic insisted on the $750 million subsidy or they would walk away. Now we see that the Clark County Officials should have told them bye-bye.