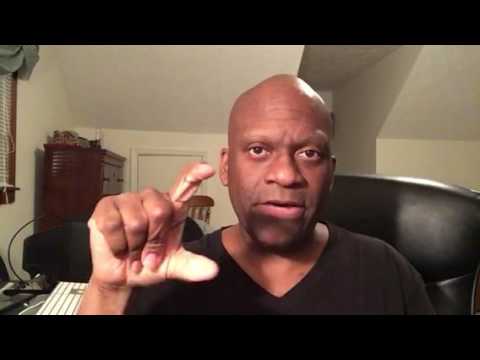 When Sheldon Adelson , Las Vegas Sands Founder and CEO and the catalyst for the Oakland Raiders plan to relocate to Las Vegas, pulled out of the effort, the media reported that the Silver and Black were trying to find ‘someone’ to replace the $650 million the casino mogul’s intended $650 million investment. Then, this week, reports surfaced that Raiders President Marc Badain told “the NFL” that he secured, depending on who you believe, two or three banks to provide the $650 million.

There’s one thing wrong with all of the media reporting on this to date: the real amount is much more than the $650 million. It’s more like between $738 million and as much as $1.1 billion the Raiders have to come up with. And the reason for that is, first, the bank financing interest rate, and second, the bond issue’s debt coverage ratio.

The bottom line problem for the Oakland Raiders, is team owner Mark Davis and its president Marc Badain lost what was $650 million in free money from Adelson in the process of what the Donald Trump supporter saw as an attempt to double-cross him with a stadium lease proposal drawn up without his knowledge.

Prior to Adelson’s announced departure, the $650 million was, as described by one source who was part of the Southern Nevada Tourism and Infrastructure Committee (the group assembled by Nevada Governor Brian Sandoval that made the recommendation to the Nevada Legislature to raise the Clark County Hotel Tax and install provisions for a $750 million stadium bond issue) , “a gift” and from various observers an investment in a “legacy” project for Las Vegas. At no point did Adelson, or any Las Vegas Sands employee, or the SNTIC staff, or documents, describe any interest rate attached to Adelson’s investment.

While Adelson expressed an interest in recovering “some” of his expenditure, he never once expressed a desire to make the $650 million investment a kind of loan, with an interest payment cost added to it. Moreover, Adelson never said whether or not he intended to get his entire $650 million back by way of a percentage of stadium revenue. Thus, Mark Davis briefly enjoyed what was, for all practical purposes, the closest thing to a $650 million stadium construction grant he’s ever going to see from any entity other than the NFL itself – and now it’s gone.

The idea of a bank “replacing” what Adelson offered has to be challenged with this question: will any investment bank offer a no-interest-rate financing deal? Let’s say the answer’s a yes – then how does the investment bank make its money on the financing? The answer – it would not. Thus, no investment bank would do such a deal, and that’s why one can’t find such an example anywhere in America, at any time.

So, let’s say the $650 million that Marc Badain seeks comes with a 7 percent interest rate from the banks he’s talking to. According to a basic calculation for a 30-year-bond issue with an annual payment, that comes to $738.64 million, or an interest cost of an additional $88.64 million.

So, before you say, “Well, that’s not THAT much more”, consider this: the bank will want to know how robust the revenue stream used to pay for the bond issue is – and that calls for a debt coverage analysis of the earmarked stadium revenue stream.

The last time we went through a discussion of how strong a dedicated revenue source was in the matter of the Oakland Raiders Las Vegas NFL Stadium Project, the focus was the higher hotel tax revenue expected over a 30-year-period. With a low, and controversial, debt coverage ratio of 1.5 to 1, the required money added up to $1.125 billion, rather than the $1.5 billion if it were 2 to 1.

But that’s beside the point.

Let’s use 1.5 to 1 as our bond debt coverage ratio for what would have to be a suite of dedicated stadium revenues used to pay off the $650 million bond issue that Badain seeks. So, $738.64 million times 1.5 comes to $1.107 billion. In order to comfortably pay off the $650 million bond issue, the Oakland Raiders Las Vegas Stadium would have to throw off $1.107 billion over a 30 year period.

In order for the Raiders to do that, the organization would have to dedicate almost 100 percent of the annual revenue from 200 luxury boxes at an average yearly cost of $200,000 each. The Raiders proposed stadium lease agreement says they would not use a dime of luxury suite revenue for stadium construction.

The bottom line is the Oakland Raiders would face an expensive penalty for Sheldon Adelson’s departure if they continued to pursue the Las Vegas plan – one they aren’t going to even try and pay, in the end. Indeed, no smart stadium developer would want to. But let’s then add that cost to the other known basic expenses associated with the project:

In closing, if you think this is wrong, then ask the Raiders if the banks are giving them $650 million million as a grant, with no interest rate attached. Ask. The bottom line is, as stated, that The Raiders lost what was $650 million in free money from Sheldon Adelson. In the process, Davis and Badain gained a lot of bad press and burned bridges in Las Vegas and Nevada.

The Las Vegas Deal is dead – no matter how much the Raiders try and make it look otherwise. The other basic problem is the written-in-legal-stone call for a $1.9 billion stadium with a retractable roof. As Las Vegas Stadium Authority