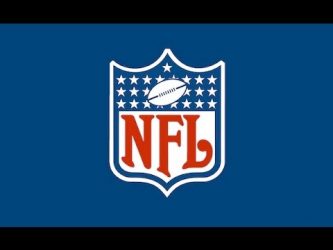 The National Football League (press release) and its clubs will commemorate the 15th anniversary of September 11, 2001 during its games on Sunday. The NFL will feature special tributes to honor those who lost their lives and share an inspirational message of hope, unity and community service and engagement.

Prior to each game this Sunday, fans across the country will see video messages from PRESIDENT BARACK OBAMA and PRESIDENT GEORGE W. BUSH. Each club will have special guests on field for pregame activities and the playing of the National Anthem.

Among the special guests that clubs are hosting are first responders, community volunteers, hometown heroes and members of the military. In Philadelphia for the 1:00 PM ET Browns-Eagles game, VICE PRESIDENT JOE BIDEN will join 120 first responders in holding the American flag during the anthem. President Bush will be in Dallas for the Giants-Cowboys 4:25 PM ET game and will toss the coin accompanied on the field by LAURA BUSH and two NYPD officers who responded to the attacks at Ground Zero 15 years ago.

All team coaching staffs will be supplied with 9/11 lapel pins and a special 9/11 decal will be placed on players’ helmets.
The NFL will synch the pregame salutes during the Sunday afternoon CBS and FOX telecasts, followed by the Sunday night game on NBC. The pregame events that will be televised nationally also will be shown on the videoboards in each of the stadiums hosting games that day.

All games in each of the broadcast windows (1:00 PM ET, 4:05/4:25 PM ET and 8:30 PM ET) will feature the special presidential video message after the coin toss and prior to the playing of the National Anthem.

NFL Network previously announced special programming from NFL Films that will air 8:00 PM ET tonight on the events of September 11, 2001.
The one-hour show, narrated by actress Mary McDonald-Lewis, tells the story of how the events impacted the entire NFL and specifically the New York Giants, New York Jets and Washington Redskins, from the decision to cancel the games the following week to personal stories of those directly impacted by the day’s events.

Among the areas covered in September 11th:

The NFL’s decision to cancel games following the attacks
Former New England Patriots offensive lineman Joe Andruzzi’s connection to the New York City Fire Department
The story of Giants’ fan Tony Sichenzio who attended the Giants’ game in Denver on September 10 and was not at his office on the 104th floor of One World Trade Center on September 11, 2001

Hopedale coal mine closes, leaving about 100 out of work – The Steubenville Herald-Star