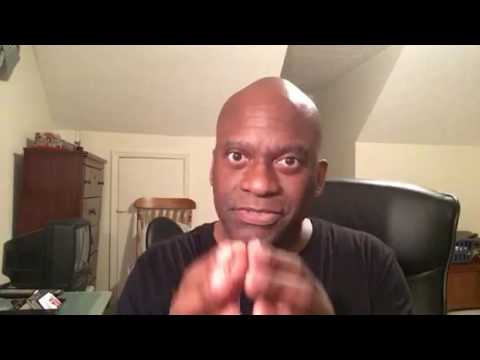 Anyone who thought Oakland wasn’t serious about building a new NFL stadium for the Oakland Raiders should jettison that idea, or any media takes or Raiders Owner Mark Davis’ comments to the contrary, right now. Forget Las Vegas. Laugh at Los Angeles. Oakland is officially very serious about building an NFL state-of-the-art stadium for the Raiders.

Since 1987, when my first job out of the Berkeley Planning School was as intern with the Oakland Redevelopment Agency, then consultant to the same organization, then on The Alameda Military Base Closure And Reuse Commission, then a columnist for The Montclarion, Economic Advisor to Oakland Mayor Elihu Harris, then head of the Oakland Super Bowl XXXIX Bidding Committee and Executive Director of The Oakland-Alameda County Sports Commission, then publisher of Oakland’s first blog, and then Oakland’s first YouTube Partner Channel, then on Oakland Mayor Ron Dellums’ Sports and Entertainment Task Force, and now helping the current Mayor Libby Schaaf and Oakland Officials as a friendly advisor and media critic, have I ever seen one Oakland government document that established a path toward a new stadium until today.

In fact, the last time any document came this close, it was the 1983 memos and the subsequent resolution that formed the deal to bring the Raiders back to Oakland from Los Angeles. Some may point to the Oakland-financed baseball stadium land study – but that was an analysis paper released in 2001 and financed by John Russo’s Oakland City Attorney Office. Others will quickly say “Coliseum City” but a close read of the documents associated with the Forest City-then-Floyd Kephart plan shows that there was a focus on building housing while stadiums were a secondary focus.

What the Letter of Intent that was signed by Alameda County this week (and is expected to be signed by the City of Oakland next week) points to a design concept that is focused, first, on a state-of-art NFL stadium for the Oakland Raiders, and then the facility future of the Oakland Athletics and the Golden State Warriors in Oakland at the Coliseum, and also a place for MLS Soccer, NCAA Football, and FIFA, too.

Remember when NFL Senior Vice President Eric Grubman said of the Kephart Proposal that “Oakland was working on a land plan and not a stadium plan” – well, that problem is a thing of the past.

If you’re not excited about this as an Oakland sports fan, you’re plainly not human.

The letter, while non-binding, is an ‘understanding’ that the City, County, and Developer(s) will work toward a plan that would then call for an ‘exclusive negotiating agreement’ and then eventually a ‘disposition and development agreement’ – this format was smartly requested by Mayor Schaaf, and allows the time to form a real, good stadium construction plan that points to the need for the ENA. This gets over the problem of other developers trying to butt into the ENA process, and while they may have been able to enrich past plans, the ENA contract was such that they could not be included.

This process is different. The LOI allows for and calls for flexibility to allow the involvement of other developers in a kind of ‘master developer / team developers’ relationship. It ensures that the Lott Group is in control while allowing for the addition of other developers where necessary. Overall, it’s a well-constructed plan that everyone should get behind.

The End Of The Oakland-Alameda County Coliseum JPA?

There’s one big difference between this Letter of Interest and the ENA’s of the past: the Oakland-Alameda County Coliseum Joint Powers Authority is not mentioned in it. I’m reaching out to friends involved to learn why this is the case, but as for now, the organization that is the true Coliseum-Complex building owner on behalf of the City of Oakland and the County of Alameda is not mentioned here.

My educated guess is the reason is to streamline the approval process to just the two main government organizations that then give direction to the JPA. And since the County of Alameda Board Of Supervisors defers to the Mayor of Oakland, in a way, the letter further concentrates power in the Office of The Mayor.

The wild card question is what will the negotiating role of the one Oakland person who has the best relationship with the Oakland Raiders, Coliseum JPA Executive Director Scott McKibben, be? Since the Raiders have, in the recent past, specifically expressed that they want him involved in stadium negotiations, the parties involved in this deal should make sure they make a place for him and the JPA.

I have not yet at all talked to Scott about this, but given that the JPA’s not mentioned here, it would be intellectually dishonest not to point to the omission. That said, in the total scheme of this, that should not be cause to dampen excitement. Both the City Council and the County of Alameda recognize Scott’s value and what he’s done. But I do say that Mayor Schaaf should stop asking Scott to just run the Coliseum and really bring him into the Mayor’s Office to help her and Assistant City Administrator Claudia Cappio.

Libby needs all hands on deck here, and her occasional desire to control who’s involved in something for occasionally questionable reasons must be held in check. I write that because this will turn out to be both Oakland’s and Libby’s finest hour and I don’t want her to do anything to blow it.

Think about it: six years ago, many were betting that Oakland would be down to just one professional sports team by 2018. We still have all three and Ronnie Lott’s involvement and the promise of this 80 percent privately-financed deal will result in a total, giant middle-finger to the Oakland-doubters in sport. Building these sports and entertainment facilities must be done of Oakland is to maintain its unique competitive advantage in the industry.