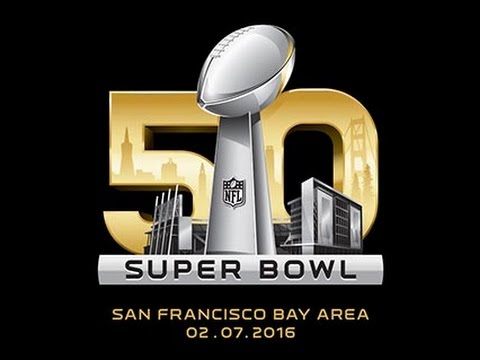 The mainstream media idea is that the City of Oakland is behind schedule and with a deadline of December 28th looming, has little time to catch up. But my sources – friends associated with the NFL in different ways – has painted a vastly different picture: the National Football League is forming a plan to keep the Raiders in Oakland, and not have them go down to Carson.

Additionally, the so-called December 28th deadline is not, and I repeat, not, absolute – the real target is the first week of January and before the NFL Owners Meeting in Houston on January 13th. But the league would like to see a fully wrapped up preliminary stadium plan, and that includes a vote from the Oakland City Council at some point before the league’s January meeting. But, and given the NFL’s involvement and interest in Oakland, even that condition may be quietly waved as the weeks progress.

Moreover, the assumed role of Levi Stadium as a future home of the Raiders is only half right: the home of the San Francisco 49ers would be used as a temporary place to play while the new stadium for the Silver and Black is being built in Oakland, at the Coliseum site. Moreover, the NFL would take a development role in the new Raiders stadium at the Coliseum site, even to the point of a purchase of a portion of the total available Oakland Coliseum land, and for about $150 million, as I have been told.

Oakland Mayor Libby Schaaf has been in close, constant contact with NFL Senior Vice President Eric Grubman, who serves as staff for the NFL Committee on Los Angeles Oppotunities, and even this week while she was in Paris with a California delegation led by Governor Jerry Brown. The NFL clearly does not want to whole-sale leave the East Bay at a time when the real estate and business market is hotter than ever at what is America’s Detroit of the 21st Century.

With tech industry moving to Oakland, and land costs, including those for the Coliseum area, being driven up to record numbers, the National Football League clearly realizes it’s in it’s best interest to work out a deal for the Raiders in Oakland.

It’s this effort that is, in large part, the reason St. Louis Rams Principal Owner Stan Kronke quietly filed a declaration that a second NFL team would be part of his Inglewood NFL Stadium Project. Given the NFL’s moves to keep the Raiders in Oakland, and the fact that the Inglewood stadium project is at a more advanced stage than its Carson counterpart, and the fact that the Carson project had more NFL Owner support due to its two-team focus than the Inglewood project did until this week, its clear that the overall objective is to have the Rams and Chargers in the LA Basin, while the Raiders stay home in Oakland.

One thing that’s increasingly clear to me is Mayor Schaaf is holding a trump card that, if this holds and bears fruit, will be a work of political genius. While I object to the overall behind the scenes operation of her effort to retain the Raiders, I do understand its logic: better to avoid the occurrence of unforseen circumstances due to an open process damaging a set of interlaced plans to keep the Raiders in Oakland.

Moreover, the NFL’s intervention has resulted in the Oakland Mayor being part of the league’s overall PR strategy and I discovered this while I was in New York City for Libby’s presentation and saw her take the back way out of NFL Headquarters while the rest of the media was outside (here’s my video) – that’s nothing but good for Oakland.

That, in no way, means there’s not work to do for Oakland: Marc Badain, who’s vastly improved his communication with the Oakland Mayor, is chomping at the bit for Libby to return from France, or at least do a conference call that may have happened by now.

And a developer has not been identified who can really do this kind of work: SunCal, who has been working with the Raiders alongside Oakland Councilmember Larry Reid, lacks a stadium development background to sneeze at, and Oakland City Assistant City Administrator Claudia Cappio is not in her wheelhouse in this area, while stadium finance consultant Mitchell Ziets is, well, just that and not a stadium builder – and that’s why I was pushing for Mayor Schaaf to bring the over-qualified-for-the-job, known-to-the-NFL Kofi Bonner to be the development point man on the Raiders stadium effort.

That aside, the overall message is clear: the Raiders are not jumping the Oakland ship, unless the NFL can’t work out this unique plan.

Relax. I think they can.