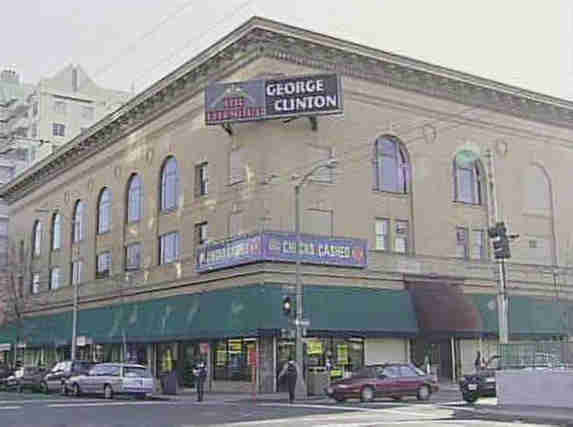 And yes, it was ran by the same Ed Lee who’s now Mayor of San Francisco.

The problem then, as now, was the decline in black population in San Francisco, only at that time it was down to 10 percent, and not the 6 percent of today. (It was at a study period high of 13.4 percent in 1970.)

I was proud of the work we did and I did. The directive was to really form a statistical picture of change in African American socio-economic status beween 1960 and 1990, the dates for which the best and most easily comparable data sets were available at the time. As my training was in System Dynamics, I really wanted to make a computer-based SD model to not just represent San Francisco, but as a test bed to evaluate how recommendations might work. Sadly, we didn’t have the bucks for that, so I had to make a more conventional research document.

But what we produced was really cool. I think, self-servingly, a classic study. It explained at the time why blacks were leaving San Francisco, and the culprit wasn’t just high housing costs, or shifting industrial development, but also something Noel pointed to in his presentation, and I’ll never forget: “African Americans in San Francisco in the future will be fewer in number,” he said as I recall” and more likely to fit in to the overall white culture.” He didn’t know enough to say “tech culture” at the time.

We pointed to 23 recommendations, many of which should be considered today, and some that were acted upon. The total list is in the study below, but some notable ones include the very first one: for San Francisco to commit to the existence of a viable African American Community. Think about that. It would be huge for San Francisco to actually adopt that as policy; it never has.

But overall, while the talk of the decline of San Francisco’s black population has started up again, this study, written when the World Wide Web was just one year old, email instant messaging and chats were our first ways of online connecting, and Facebook CEO Mark Zuckerberg was just eight years old, deserves to be seen by a new audience. I think Dr. Day and his family would be more than happy to see that happen.

I also think San Francisco Mayor Ed Lee should have a fresh look at the study and really open a dialog and action to, if you will, complete the work of the commission. As our client, Ed’s in an excellent position to really do something. He, as they say, “got it” back then, and I know he does today.

With that, here’s the study. If you have questions, please contact me.

Coachella And Stagecoach Festivals Cancelled Again For 2021 Due To Pandemic, Lack Of Economic Help