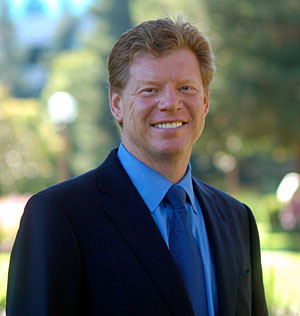 This Oakland news is a head-scratcher. The Oakland-Alameda County Coliseum Joint Powers Authority is reportedly about to hire former Republican California Assemblyman and current California Gold Advocacy Group political consultant Guy Houston to be the new executive director of the Oakland-Alameda County Coliseum JPA. But a closer look at his background reveals a set of disturbing facts directly related to how he handles negotiations, and put together with Houston’s total lack of sports business experience, calls into question the JPA’s overall judgment and reasoning.

Houston is well-known to political insiders as the now former Mayor of Dublin, California for seven years and then in the California Assembly from 2002 to 2008. But what is less known, but easily discoverable, is what one blogger called the “baggage” Mr. Houston comes with, and that was in 2010.

Specifically, Houston was the focus of a civil lawsuit where he was accused of defrauding seniors, specifically Plaintiffs Gerald Stefanski of Dublin, Samuel and Joann Story of Concord, and Carol Tomasa, who filed the lawsuit in 2004. According to various news sources, the plaintiffs invested in the Houston family’s Winning Action Investments, and included businesses called the Investment Partnership and the Houston Napa Development.

In late June of 2007, Houston went to trial under the claim that the then Assemblyman from-San Ramon helped his father defraud the elderly out of $340,000 in investments. Calitics blog reports this quote: “his father, Fred, falsely represented the security of their investments, failed to disclose the risks, repaid themselves while abandoning their investors and failed to account for where the investors’ money had gone in a confusing series of transfers among business entities…There is a “pattern of irregular and incompetent financial transactions consisting of unexplained money transfers back and forth between the various schemes, and between the Houstons personally, without apparent disclosure to or authorization from the investors,” according to court documents.”

In other news reports, Houston’s counter was to blame his father and said that he too was one of the bilked investors.

But several very damning news accounts counter his claims, proving, via referencing court documents, that both Guy and his father worked as a family business and that there was no evidence of the separation of activities he claims to have existed.

The revelation of this lawsuit in 2007 wrecked Guy’s planned move to challenge CA-11 representative Democrat Jerry McNerney, and because GOP donors did not want to deal with any more “culture of corruption” claims that had come to tarnish them to that point.

Given that, why would the Oakland-Alameda County Coliseum Joint Powers Authority, which has worked to avoid appearances of a “culture of corruption” over the years, particularly with respect to ‘gifts’ like tickets, now seek to hire a person who settled that lawsuit out of court for an undisclosed sum?

Moreover, and again, why pick a person with no sports business experience? My sources told me that the Coliseum JPA minders did not feel they could afford to hire former Rose Bowl Boss Scott McKibben, but it’s time the JPA reconsidered that, reformed its finances, and hired Scott. He’s clearly the best choice.

But, and again, that Guy Houson could emerge as the front runner can only mean that the JPA was not doing its homework, or that someone there hoped no one would bother to give Mr. Houston a good look.

Perhaps that someone was Coliseum JPA Board Member and Alameda County Supervisor Scott Haggerty, who has the closest ties to Houston, as they were both Republicans before Scott bolted the GOP and became a Democrat in 2009? The Coliseum JPA has to be very careful here: according to East Bay Citizen, in 2013, Scott was issued a warning letter by the California Fair Political Practices Commission for what were minor allegations of mis-reporting of campaign contributions. But add that with Guy’s history, and you can see how the JPA would start to take on some of the look of an organization that had a “culture of corruption” if Guy were to be executive director.

Is this is all a set-up in the hopes that someone would publicly empty Houston’s baggage for all to see? Well, that’s done. The question is, what will the Coliseum JPA do?

Much has been made in the mainstream media of the JPA needing someone to “negotiate with the A’s and the Raiders on a new stadium” but the executive director’s role is much larger than that. The person must also have experience in sports marketing; the JPA has negotiated piss-poor stadium naming rights agreements. The current one for the stadium, adjusted for inflation, is actually less than the one before it.