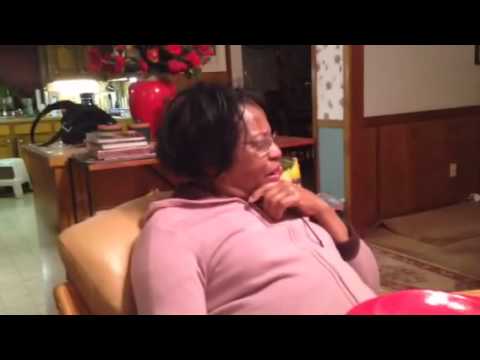 Jameis Winston, the great Florida State University (FSU) Quarterback, won the 2013 Heisman Trophy, but from social media’s view on Twitter, Winston has been proven guilty even as the law has said he’s innocent. Indeed, while this blogger was not shocked to see him win, my own Mother, who I travel to spend time with as she’s elderly, was:

But the overall point of view that Winston is guilty of rape, when he’s not, is sad, because if anyone actually takes time to read the State Of Florida’s post-investigation report in full (it’s 200 pages of small print), it paints a picture of Jameis Winston’s accuser Erica Kinsman that is less than kind. And combined with other social media content, it would seem to point to a rush to smear a black athlete on the part of the parents of a woman who prefers to date them, much to their consternation.

But for the present, Jameis Winston was far and away the largest vote-getter in the 2013 Heisman Trophy race. The closest to him was Alabama Quarterback A.J. McCarren, and he was off by 200 votes; Northern Illinois QB Jordan Lynch was 3rd; Boston College RB Andre Williams was 4th; Texas A&M QB Johnny Manziel was 5th; and Auburn RB Tre Mason was 6th.

Jameis Winston was the best candidate because of his freshman performance: 3,820 yards and 38 touchdowns as FSU QB. He becomes the youngest player in history to win the award. But it comes with a steep price that Jameis Winston didn’t ask to pay the night he met Erica Kinsman: being dogged as an alleged rapist on social media, perhaps for the rest of his life, or until someone comes along to really set the record straight in a way that would clear his name. Indeed, there’s enough in the State Of Florida’s post-investigation report to be the basis for another investigation that, I assert, would clear his name. For good.

Despite obvious efforts by the Heisman trophy, Jameis Winston forces a kiss on the poor, helpless trophy. pic.twitter.com/iVXJrWyOFO

To start, all one has to do is read the testimony of her friends Marcus Jordan and Monique Kessler and the findings of the hospital nurse. Jordan and Kessler say that Erica Kinsman first had drinks before they went to the bar called Potbelly’s, then the hospital report says she had five cups of vodka, and her friends Jordan and Kessler say she got a drink shot from Jordan’s friend, who was white, not black. But then Erica met Chris Casher and after the approval of Monique gave him her phone number, and then later, after texting Monique for approval as to what she should do, left with Casher, Winston, and Ron Darby. But the best Erica can do is to say in retrospect was that she wound up in a cab with “three black guys” – race being the most important issue for her.

When you actually read the State Of Florida’s post-investigation report, it paints a picture of Erica Kinsman who was so intoxicated she said could not remember her own specific actions, yet her friends did. The witness testimony of Casher and Darby are too honest to be made up: Casher admits to wanting to be part of the sexual activity between Winston and Kinsman, but then Kinsman told him to go away. Darby never wanted to see it, or be a part of it. Both say that Erica and Jameis went to his apartment where they started having sex.

The bottom line lesson here that no one is talking about is the problem of women conducting under-age drinking and how that alters their behavior. There’s a sad rush to attack anyone who dares mention that as “attacking the victim”, but it’s the real central issue here. It’s obvious Erica forgot her actions, then later came to sobriety – this after having drinks with her friends, then five cups of vodka and a shot at the bar – and filled in the blanks in her head with whatever negative ideas she had in her.

And why not? She obviously did not know how she got to where she wound up. That would scare the crap out of anyone. But it’s not a good basis from which to launch an effort to burn a young man’s image. It also explains why she didn’t press the issue for the rest of the year, and it explains why she would eventually destroy her Twitter and Facebook pages, so not to leave a social trail that would be damning to her eventual claim of rape, even though that very action contributed to her damaged credibility as time moved on.

It also looks as if her parents had a giant role in pushing this issue to the point where Jameis Winston’s name is smeared for some time. Some point to their rival college ties to the Florida Gators, but I have another theory: Erica’s parents were simply pissed off their daughter had a habit of dating black men.

Erica’s encounter with Jameis was, for her parents, not just the last straw, but fit their stereotypes about African American men; they refused to see, or had a hard time dealing with the fact, that their white blonde daughter perferred young black men who played football. So the Jameis Winston experience gave them the perfect platform from which to launch a legal attack on him, as he’s the personification of their prejudices.

Erica’s case is further complicated by not just her weird relationship with Jamal Roberts, the man who she claimed was her boyfriend, but seemed to not want to get involved in the case unless he was forced by law to do so. In accounts according to The State’s Report, and social media, he doesn’t read like the normal boyfriend; more a sexual partner who didn’t take the relationship with her seriously. That would certainly give Erica, who’s also just 19 years old, the idea of searching for a new partner after she’s had a lot to drink, as she willingly was meeting other men the night of the encounter.

The bottom line lesson is this: for young men, don’t take home drunk women you met in bars for sex, and don’t let them take you home. If you do, have her sign a contract regarding what’s going to happen, first. For women, don’t go out and get roaring drunk in bars. Period.

That bottom line lesson is ignored every night of every day of the entire week around the World.