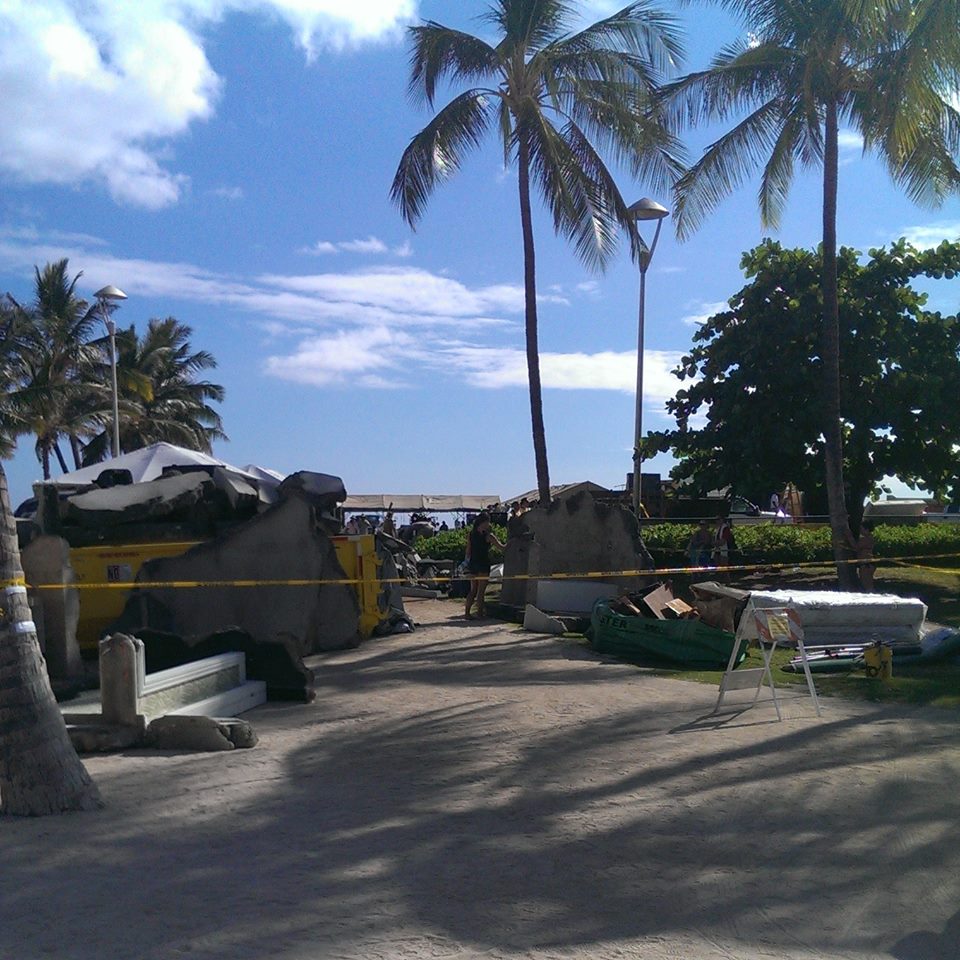 Godzilla 2014, the movie produced by Legendary Pictures and to be released Summer of 2016, will feature a Tsunami that strikes Hawaii.

That information was revealed in just a few places online. First, this video uploaded by KITV in Honolulu, which shows about 300 people running down Lewers Street in a panic, running away from a reported tsunami that was caused by “something.”

Second, there’s the photo above, which is titled, “Godzilla Tsunami Set.”

In this video, again by KITV, the production of Godzilla in Hawaii just started, and it shows a scene where Federal Emergency Management Agency (FEMA) workers are tending to those who were injured after the Waikiki Beach attack.

As a note Godzilla in Hawaii brought a lot of business to the state. In total, it was filmed in various locations, and in Honolulu, Ruth’s Chris made 147 steaks after midnight.