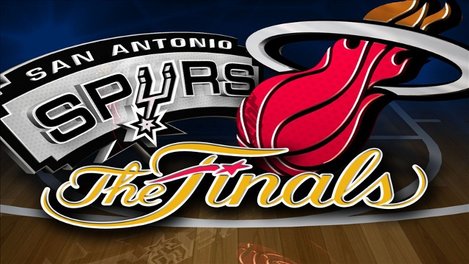 The Miami Heat beat The San Antonio Spurs 95 to 88 to earn their second NBA Finals win and NBA Championship in two straight years – they did it back-to-back. Now, as some are wondering if the Miami Heat can three-peat (And how cool is it to see Pat Riley running this organization?), this blogger prefers to look back on “The Decision,” because I blogged about it.

It’s easy to forget all of this started not too long ago in Cleveland, at the 2010 NBA Eastern Conference Semi-Finals, when LeBron James led the Cleveland Caveliers to The NBA Playoffs, only to be rudely beaten in a seven game series by Boston Celtics. The Twitterverse created an unkind name for LeBron: “Queen James.” And I wrote this:

Queen James is not Kobe Bryant. It’s not enough to rack up stats and regular season wins, a super player has to have that extra gear he or she goes into regardless of sport. If James has that gear, we haven’t seen it yet.

Blogging this about one that this blogger has rooted for and hoped this was his year, just plain hurts. But now some ugly truths have to be faced: regardless of where LeBron James goes he will now be considered a “bit” player who needs to have “pieces” around him and they have to be very good.

Queen James it is, until LeBron proves he’s King.

After the 2010 NBA Season, LeBron was eligible to leave Cleveland not via trade, but as a free agent. Rather than just make a choice without milking the media and public attention, Mr. James teamed with ESPN to make the entire matter an event on the scale of a cross between the Super Bowl and the Academy Awards, but all for one person.

“The Decision” as it was called, ranked a lot of people: sports old-heads who think the game should not be about the player but forget we’re in a media-driven society; and fans in the cities with the teams that were not selected by LeBron. He was picking between Chicago, Miami, and New York, with a late bid by the Cavs.

Many thought LeBron was headed to New York, or to Chicago, as the President Of The United States had wanted.

But no – it was yes, Miami. Reportedly, Dwayne Wade made such a hard push to get him, it was overwhelming.

So, Miami is where he went, and in doing so created fans who didn’t like him in the cities that lost out, Chicago and New York.

But there was Cleveland – LeBron rejected that organization, and after a rather nasty exchange with that teams owner, where he came off looking like he wanted LeBron to stay, but referring to him as if he was a slave.

The Cavs fans, for one, were pissed with the whole deal, and some took to burning hie jersey after he elected to move to Miami.

Since James’ arrival, The Miami Heat have went to The NBA Finals each year – an amazing three year run.