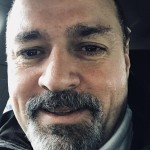 Justin Tuck, the New York Giants’ defensive captain (and Notre Dame Fighting Irish Alumnus), is a facing perhaps the final crossroads of his career as a New York Giants player.

Mr Tuck is entering the last year of his five-year, $30 million contract and is coming off two seasons of subpar play and nagging injuries. This season could be his last as a Giant. (Originally at SNYGiants, and reprinted by John Fennelly who is its Executive Editor with changes by Zennie62Media.)

Justin Tuck will not plan on going quietly. He is determined to make the Giants’ decision to retain him past this season an easy one. Mr. Tuck, called ‘The Freak’ by his teammates for his incredible strength considering his thin body, has deviated from his usual offseason workouts, walked on actual hot coals (no kidding), and sought counsel from the renowned life coach Tony Robbins to help refocus his flagging career.

“I realize I haven’t played my best the last two years,” Tuck said as per Ohm Youngmisuk of ESPN NewYork. “Whether it be injuries or the circumstances surrounding this team. Who knows? I knew it was time for me to try something different….I’ve had people telling me to get my butt to Robbins for two to three years now. I finally said if I am going to be dedicated to my craft and to being the best that I can be, then this has to happen.”

This week at OTAs, Justin appeared to be more confident in his role as a team leader. He reluctantly took over the reins as defensive captain after Michael Strahan retired in 2008 and is finally becoming entrenched in the position. He can’t let his personal and health issues affect his ability to lead.

When asked about the absence of WRs Victor Cruz and Hakeem Nicks at this week’s OTAs, Tuck said he wasn’t the guy to answer that question. Justin’s view point covers the NY Giants defensive players, but he offered his opinion anyway:

“No matter how much time they miss, if they come out on Sunday ballin’ all of this will be forgotten anyway. That’s all I ask of them. Make sure they’re ready to play when their time comes.”

Tuck realizes the business side of the game sometimes dictates actions, but also reiterated how important is was for players to make the effort to get their in.

John Fennelly is the Executive Editor of SNYGiants.com, part of the Comcast SportsNet family of sites. And a Zennie62.com Editor

John Fennelly has been covering the New York Football Giants on the internet since 1997. He has been published on dozens of prominent websites and in major periodicals and has been heard on sports talk radio stations all over the dial. Before embarking on his career as an accredited NFL journalist, John held several management positions in a successful 25-year career the financial industry. He is currently the Executive Editor of SNYGiants.com, part of the Comcast SportsNet New York family of blogs.