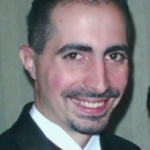 Since NFL free agency is already here, I combed through the history books to see what were worst free agency signings have ever been. Now, there are a ton of awful free agent deals but I narrowed them down to the top ten. After taking a look at the list of terrible free agent signings and contracts, I may have to do a list of the worst historical teams in free agency because a few of them kept popping up during my research for this. Anyway, here is my list of the top ten worst free agent signings…hope you enjoy the read. (NOTE – This is strictly my opinion, and I don’t expect everyone to agree with it).

10. WR Alvin Harper – Harper is proof that you don’t give big money to guys who aren’t primary players on great teams. Harper left Dallas for Tampa Bay and a four-year, $10.6 million contract in 1995. Harper was a big-time speedster in Dallas who benefitted from having Michael Irvin, Emmitt Smith and Troy Aikman around him. The Bucs weren’t quite that good at the time and he was out of there after only 65 receptions, 922 yards and three touchdowns.

9. QB Neil O’Donnell – O’Donnell’s glory moment came in 1995 when he led Pittsburgh to the Super Bowl against Dallas The Jets gave the New Jersey native five years and $25 million in 1996 and the Jets proceeded to go 1-15, although O’Donnell played only six games (all losses) because of injury. He lasted one more season with the Jets before being pushed out by Bill Parcells.

8. Scott Mitchell – After Dan Marino went down during the 1993 season, Scott Mitchell took over and started seven games for the Miami Dolphins. He didn’t necessarily light the world on fire that season, but it did earn him a 3-year, $11 million contract from the Detroit Lions. Mitchell fulfilled that contract and ended up playing with the Lions for 5 years. His biggest problem while he was in Detroit? The fact that he was softer than toilet paper. He wasn’t the worst quarterback that I’ve ever seen but he wasn’t even close to being mediocre. Either way, Mitchell didn’t get the Lions to the Promised Land, even though he offensive weapon like Barry Sanders and Herman Moore. He proved that backup quarterbacks are backups for a reason.

7. WR Andre Rison – “Bad Moon” came to Cleveland in 1995 after catching at least 80 passes for an average of more than 1,100 yards with Atlanta over the previous five seasons. He proceeded to flop around for only 47 receptions and was out of Cleveland after just one season. He had signed a five-year, $17 million deal with the Browns, but it was really just a harbinger of a tortuous end to his career.

6. DE Bruce Smith – At age 37 and desperately needing a place to finish his chase of the all-time sack record, Smith joined Deion Sanders (another contract that would deserve Honorable Mention)  in grabbing a chunk of Dan Snyder’s money in Washington. Smith got a five-year, $23.5 million contract, including a $4.25 million signing bonus. He played four years and his stats weren’t all that awful (29 sacks), but his play was so uninspired that it was like watching a metronome counting off time (or in this case, sacks) until Smith was done. He finished his career with 200 sacks, just ahead of Reggie White’s 198.

4. David Boston – This is one player that the Cardinals were happy to let go. David Boston had some productive seasons in Arizona but his off the field issues, including steroids, got him a one way ticket out of Arizona. The Chargers were happy to bring him into their mess of an organization. He signed a 7-year, $47 million contract with $12 million guaranteed. He only last in San Diego for one year before he became too much trouble. The Chargers basically gave Boston millions of dollars for one season where he only caught 70 passes for 880 yards and 7 TDs…Ahhhhh, money well spent.

3. WR Javon Walker – After four good seasons in Green Bay and two years in Denver, Walker signed a six-year, $55 million contract with Oakland. Fortunately for the Raiders, Walker made only $21 million of it before being cut in 2010. However, he caught only 15 passes for 196 yards and one touchdown in that time as he was largely plagued by injuries.

2. Jeff Garcia – In 2004, the Browns set their sights on a quarterback that would help move the franchise in the right direction. Their dart throwing landed on Jeff Garcia. Garcia had three Pro Bowl seasons in San Francisco but he was also surrounded by talent. Cleveland signed him to a 4-year, $25 million contract and expected Garcia to perform miracles. Unfortunately, Jesus Christ himself couldn’t help the Browns from under center. After one year the Browns parted ways with Garcia and proceeded to show the NFL that they still could not spot talent or bring it Cleveland. After the 2004 season, Garcia had the stink of Cleveland on him and he began his life as a journeyman quarterback. He played for six other teams after Cleveland before he finally retired.

1. DT Albert Haynesworth – Some people argue that Haynesworth deserves a category all to himself for his slothful waste of a seven-year, $100 million contract. We all knew this one was coming. How he managed to get the Washington Redskins and Dan Snyder to agree to a 7-year, $100 million contract for a defensive tackle is beyond comprehension. The fact that $41 million of that contract was guaranteed is even more unbelievable. There is no way that he will ever be knocked out of the top spot of worst free agent signings. After signing this deal and saying all of the right things in media, Haynesworth showed up to camp overweight and unmotivated. He made it known that he was unhappy with the way that the Redskins were using him and he decided to become an even bigger distraction by challenging the coaching staff. Obviously, Mike Shanahan was not amused. After two seasons, the Redskins shipped him out of Washington. He didn’t get all the money, but he got way more than he ever deserved, spending most of the money on boats and legal settlements.

Well, there you have it. I know there were other free agents that you would like to make this list but I only had time for my top ten. Let me know who you would take off this list and who you would replace them with.

The moral of the story is, before you get all excited when you’re team signs that big name free agent this week, just sit back and wait for the future seasons to play out. Some free agents turn out well, but for every Reggie White there are 10 Albert Haynesworths looking to rob your team of its money and pride.