Hotels And Social Media: How Bloggers, Vloggers, Hotel Brands Can Work Together 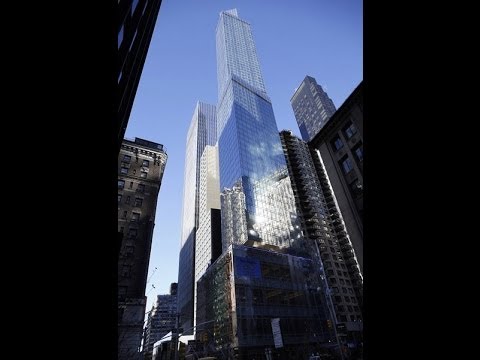 Since 2009 Zennie62Media, ran by this video-blogger, has developed a content-marketing-based method of promoting hotels as an event is being covered. Zennie62Media has successfully employed this approach in its annual coverage of International CES Las Vegas, The NFL Draft, and San Diego Comic Con.

It brings a lot exposure to the hotel brand, as the blogger, or in my case video-blogger, is making content that features it, and as it’s just for the price of a few room nights, the resulting exposure lasts years beyond the period of the convention or event that was covered.

There’s no quibble with the statement that social media, Internet marketing, blogging, micro-blogging, video-blogging and SEO and mobile have all impacted the hotel industry, especially in the United States and Asia and Europe. But until now, the ultimate case study example has not been created that shows how all of these aspects of social media can be combined into one powerful event-related tool mating bloggers and hotel brands.

Now the “ultimate” case study examples do exist and they were created by this blogger at Zennie62.com and now Zennie62blog.com, several times, since 2010.

The reason I’m blogging about it, is to be brutally frank, because it’s a novel sponsorship relationship that can really help a hotel brand’s online visibility and manage its reputation.

The approach I’ve created and that works calls for the following: a blogger his or her own blog, and with video channels (in my case YouTube, Blip.tv, and Tout.com), interconnected Twitter, and Facebook pages, a Foursquare account, a large base of followers and subscribers, and a large set other social networking platforms, preferably interconnected, and a blog or website (preferably both) that’s listed on at least two of the following: Google itself and other search engines, Google News, Yahoo News, Google Blog Search, Technorati.com, Bloggers.com and other directories, and social bookmarking accounts on platforms like Reddit.com and Digg and Linkedin.

The overall approach is one that I call “Social Broadcasting” and introduced in June of 2010 in this blog post: Social Networking Is Really Social Broadcasting. The general point of that blog post was that the only tools we generally call part of social media are really more for “telling” a large group of people about what you do than “engaging” them – the reason I emphasize that difference, is because some social media experts focus on “engagement” and conversations only, thus justifying a terribly small number of followers and subscribers.

This hotel promotion approach works best for big events, like CES Las Vegas, the NAB Show Las Vegas, Comic Con in San Diego, The Oscars or The Grammys, or The Super Bowl or the NFL Draft.

What the hotel marketer has to understand is that person or persons, and the hotel, is sponsoring the blogger, giving the person a room for multiple nights, in exchange for getting the hotel’s name associated with coverage about the event during that period when the event is “hot:” searched for so much that it’s a top trend.

What the blogger has to understand is that he or she must be careful to represent the sponsor well. That means avoiding the production of content that could be damaging to the hotel brand. After all, the blogger essentially works for the hotel brand once the engagement is secured.

The Hotel Benefits In Long-Tail Content Views And Search Results

So, if someone does a search for “NFL Draft 2010 Jillian Michaels″ (as one example) they’re likely to find a video and several news blog posts with the hotel’s name and website link in the first paragraph, as well as several other videos (not just one) that also mentions the hotel as a sponsor.

For example, since the 2010 NFL Draft, Zennie62 videos from that event and which mention Small Luxury Hotels Of The World have been seen over 200,000 times as of this writing.

Moreover, for every celebrity or athlete that’s at the event, the hotel’s name and website enjoy that much additional exposure. Indeed, it’s visibility that lasts well beyond the life of the event.

What hotel marketers must understand is that the blogger is laying a platform online that’s a lot like a billboard: you know there are a lot of people who can see it, you just have to make sure it’s up and well-positioned so they can. Over time, the idea of using the hotel is placed in the head of the consumer.

This is especially true for Twitter tweets – each one counts as an impression, and in the current case of Zennie62 on Twitter, the total number of impressions can be as high as 46 million for 50 tweets.

The blogger should set up a system for the hotel to track performance along the way. One way for the blogger to do this is to make sure the hotel mangers sign up for Google Alerts, an app that sends an email of all of the blogs and stories that have the hotels keywords of concern pop-up, as well as Twitter Alerts (using http://tweetbeep.com) , which various third party software makers provide.

A good marketing effort can make a hotel’s Google Alerts and Twitter Alerts pop and ping like a pinball machine. Make sure you count them.

The second tool is the real time web traffic reporting system, so the hotel manager can see how web traffic is impacted, and under what conditions. The links from the blog will show up in the traffic report, as well as other location-based data about the potential patrons who saw the blog and clicked on it, then the website link.

The hotel and blogger could go a step beyond that and have a contest that asks the reader to do something: make a purchase of a room for a future event based on the use of a code associated with the blogger’s event, or something like that.

But whatever the case, it’s the bloggers’s job to track this for the next year after the event, because the blogger’s planted this seed that will grow over the years for the hotel. For example, if one of the content products produced is an interview with a “B-List” actor, and that actor goes from “B-List” to “A-List” then the traffic to that blog post or video, or both, will dramatically increase – especially if it’s properly optimized for search.

The simple rule here is this: the more content produced, the more the hotel benefits from it. Period. In the case of one event in 2010, Zennie62 produced 8 videos and 12 blog posts, that’s 20 basic items of content that includes the name and website links of the hotel brand!

And if the content is properly produced, and the blog is on Google News or Google Blog Search or Bing News or Yahoo News, it appears at the top of that online news source for that topic for that day, creating buzz the hotel brand would have normally not seen related to that event.

This approach is a viable alternative to traditional forms of marketing sponsorship, and is well-worth the complementary room. The blogger benefits by being able to actually cover a story on-the-scene and make valuable content related to it. The hotel brand benefits by “getting a ride” (as I like to say) in the vehicle that is that content – and, to reiterate, the ride lasts for years beyond the event.

What the blogger is also essentially doing is building a whole new website, a large one, to the hotel’s benefit. A website of the size of 18 pages can cost upwards of $4,000 or more on the open market. Asking the blogger to pay the hotel for working for the hotel for a sponsorship openly presented to the public is counter-productive.

Hopefully this blog posts helps to change some minds in the hotel industry.

Oh, and for those hotel pr managers who wonder what to do if the blogger doesn’t perform, the answer’s simple: bill them for the room charge! You’re entering into a contract where the blogger is supposed to work with and for you. It’s not a free ride, nor should it be considered as such.

Give this approach a try. I personally guarantee you will love it!