What CISPA Means and What You Can Do About It 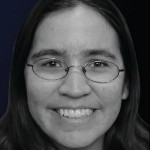 The Stop Online Piracy Act was a hotly contested piece of legislation, but the American government’s battle against piracy and cybersecurity isn’t over yet. New online security legislation is in motion, called the Cyber Intelligence Sharing and Protection Act, and it is considered even more pernicious than SOPA.

What makes CISPA so much worse than SOPA is that it allows the federal government and private companies to view private online communications without any judicial oversight, as long as it’s done in the name of cybersecurity. CISPA also isn’t limited to private online communications, but any sort of personal information (including financial information and medical records) that could be considered necessary to stop a cyberattack or to enhance cybersecurity.

While SOPA and the PROTECT IP Act focused on sharing and copyright infringement, the big controversy surrounding CISPA is privacy, more specifically the possible egregious violations of privacy without targeting any specific cybersecurity threat or problem. Since the definition of information that can be gathered or shared is also very broad, just about anything could be scooped up by government agencies. Despite growing opposition from organization like the Electronic Frontier Foundation, Reporters without Borders, and the American Civil Liberties Union, CISPA has the support of major tech and Internet companies like Facebook, IBM, and Microsoft. A vote on this bill is scheduled for this week, although it’s uncertain whether or not it will pass.

Online privacy has always been an issue, and the best way to ensure your online privacy is to have anonymity online. The best way to have anonymity is to use a virtual private network, or a VPN. A VPN encrypts all the information and communication that you transmit online. This includes emails, passwords, online purchases, and any other type of personal information. A VPN creates a secure tunnel for you to go online, to protect you from hackers and malware. However, in light of the possible passing of CISPA, a VPN could also be used to protect your personal information from prying government agencies and private companies.

Just because SOPA and PIPA were crushed doesn’t mean that our online data and the Internet as we know it are completely safe. Even though CISPA doesn’t specifically address piracy and the sharing of copywritten material, would they constitute as cybersecurity under this new legislation? CISPA does not make clear exactly what constitutes cybersecurity or a cyberthreat. So, use a VPN to protect your personal information and online communications from spying entities.

SOPA and PIPA Dropped by Congress

SOPA Bill is Censorship – Fight For The Future Video