Countdown To The End Of Google Buzz Starts 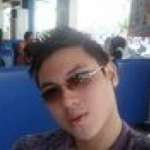 Google recently announced that in a matter of few weeks it will retire its Google Buzz service because it didn’t live up to the company’s standards and expectations.

This means that Google Buzz users can no longer create new posts on the service but its users can still access their personal files. Existing user created and shared content will be kept safe on Google profiles and can be accessed via Google Takeout for download.

Considering the initial success and upcoming popularity of Google+, the closure of the service is forthcoming and not necessarily a surprise move by Google.

Well, at least unlike Friendster, that took down with it all of its users precious testimonials and other digital memories, all your personal files on Google Buzz will still be within reach.

It’s not known at this time if Google will re-create a similar service with a different twist and flavor in the near future, but knowing Google, I’m sure its top brass have a lot more creative and better things on their minds.