This is a paper I wrote for my American History Class, and I thought I would share it with you.

Anita Hill was an attorney-adviser for Clarence Thomas in 1981 at the Department of Education’s Office for Civil Rights and then Thomas left to become Chairman of U.S. Equal Employment Opportunity Commission in 1982 and Hill followed him to become his assistant yet again, but left the job in 1983. A decade later Thomas was ready to be appointed the next Supreme Court Justice.
Anita Hill’s testimony in 1991 against Clarence Thomas for sexual harassment in the workplace opened the door for many women throughout the United States to come out and file sexual harassment complaints against co-workers. In this case she especially pioneered and made it acceptable for women to speak up when treated inappropriately in the workplace, instead of just allowing it to happen. Although Hill did not come out victoriously in the courts; she created a legacy and gave other women the courage to speak out, against sexual harassment 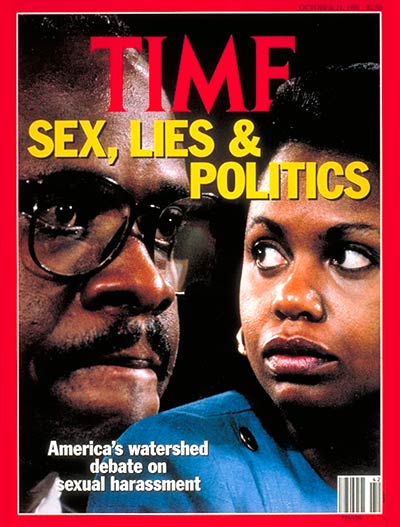