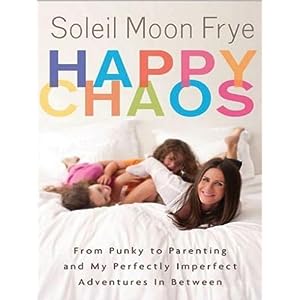 Soleil Moon Frye is better known for her role on Sabrina the Teenage Witch as Roxy and her role as a rambunctious young girl Punky Brewster, which aired in the early 1990s.

In an interview with CNN Soleil talks about being a mother of two little girls and also being Targer’s Mommy Ambassador. She is an activist and hosts a web show, but her most recent project is a book that she just published called “Happy Chas: From Punky to Parenting And My Perfectly Imperfect Adventures in Between.” That is quite a lengthy title.

When asked about other projects she’s working on she told CNN:

“I recently traveled to Haiti with J/P HRO (J/P Haitian Relief Organization) and I’m really excited this year to do more work with them and do another trip and really try and help the women and children and bring jobs and sustainability. I’m really lucky to be working with such an incredible group of people.”

She still has fond memories of her childhood and her time as Punky Brewster, and this book is now available in certain stores but can be pre-ordered on Amazon.