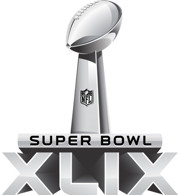 In America a record $119 Million was placed on last year’s Super Bowl and the boys in Vegas will give you odds for literally anything related to the game. For example half time performer Will Katy Perry wear a whipped cream bikini is 18/1, you can also bet on the colour of Bill Belichick’s hoodie.

Staying clear of the obvious but not quite going down the whipped cream bikini route, here are 10 bets that potentially have best value for your hard earned money and could make the game that little bit more interesting for you.

Please note these odds are subject to change.

The opening play from scrimmage in last year’s Super Bowl was a safety and the year before the Ravens took an intentional safety late in the game. It doesn’t matter when it happens or how as long as it does.

There has only been one Super Bowl to date that has no produced a single turnover and that was back in Super Bowl XXV between the Bills and Giants.

Never before has a Super Bowl gone to overtime and until it does the odds on this actually happening should be quite good, as they are here. It has to happen sometime right?

There are plenty of names to choose from and the outcome of the game does not matter with this bet.

With the score cast bets, and there are many different combinations and both parts of the bet have to be correct.  Wilson to score a TD and the Patriots to win by 1-6 points is also 5/1.

This is not dependent on which team achieves it just as long as it happens, but whether this happens or not will be dependent on how the scoring goes so this could be an ‘In Play’ type of bet to look at after half time, although the odds may drop depending on the score.

The more touchdowns the better the odds, so if you don’t care who wins this could be the bet for you. Again it doesn’t matter who gets them or how they are scored, if it’s a touchdown it counts.

The best value bets are:

Any team and any type of score and probably another bet best placed using the ‘In Play’ market, depending on where the ball is just before the two minute warning.

Again, any player at any time in the game. Everyone’s favourite corner back Richard Sherman is an unfavourable 2/1 even with that injured arm but I have picked out a couple of good value possibilities.

Avoiding the obvious choices here such as Brady, Wilson and Lynch and perhaps with good reason as last year’s MVP was Seahawks linebacker Malcolm Smith and his odds would have been in the hundreds as they are this year.